In celebration of the 4th edition of Rome’s annual THALASSA festival at DALVERME, the LIVERPOOL International Festival of  Psychedelia Crew asked me to make a Mixtape to present the Italian Occult Psychedelia scene: I made this mix called "Thalassa - Ancestors", focused on the roots of the I.O.P. and on the italian music we love .
give a listen on MixCloud 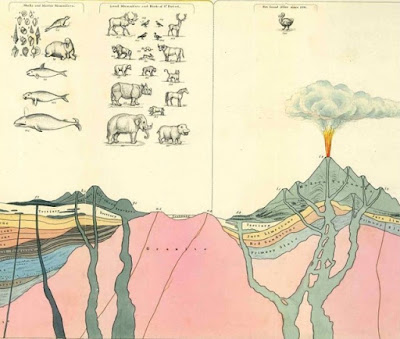 check what the LIVERPOOL PSYCH FEST wrote about it  http://www.liverpoolpsychfest.com/zyne/pzykmix-thalassa-2016/

The term ‘Italian Occult Psychedelia’ came from an article published in 2012 in Italian music magazine Blow Up by Antonio Ciarletta, which documented an oft-overlooked local scene that eventually spawned the Thalassa festival.

IOR was deemed, by Ciarletta, to be faintly sinister music with a general psychedelic vibe performed by a clutch of underground Italian musicians. Though varied, the music produced by In Zaire, Heroin In Tahiti, Mamuthones, Mai Mai Mai and Cannibal Movie shares several common identities: informed by traditional Italian atmospherics found in 60s and 70s Spaghetti Western and giallo movie soundtracks; a Mediterranean approach to the Anglo-American stereotypes of psychedelic music and a rediscovery of the local psychedelic tradition of the past; a fascination for some of the darkest aspects of Italian culture and society (Catholicism in its most archaic aspects, neorealism, ‘sun and violence’); and a sort of ‘mondo aesthetic’, which relates to the Italian Mondo Movies tradition (exotic names, imaginary takes on different cultures, cannibals and Hawaiian dancers).

In this mix, our tour guide Mai Mai Mai takes us on a journey through some of these influences: ENNIO MORRICONE, PIERO UMILIANI, BRUNO NICOLAI, AKTUALA and EGISTO MACCHI. Its focus is on the Italian experimental music of the 70s (library music, soundtracks, Italoprog, weird stuff), which are a big part of the roots of ‘Italian occult psychedelia’.

Over the past three years, the venue Dal Verme in Rome has been the headquarters of this scene and the main place for experimental sounds in Italy. From here, the main protagonists dreamt up a sort of Italo-occult three-day festival: Thalassa. Over this period, the aforementioned artists – who are very much associated with this movement – have all played the festival, as well as exporting the message worldwide.

This year, the fourth Edition of Thalassa is dedicated to the ten-year anniversary of groundbreaking Italian label BORING MACHINES, and it will take place between March 31st and April 2nd 2016 at DalVerme.